Eswatini Bank in partnership with Scalisa Foundation brought a smile to Gogo Ntfombitonkhe Bhembe when they presented her with a house, accompanied by a kitchen structure and toilet. Gogo Bhembe who has been living in a dilapidated structure over the years was also presented with furniture (bed, wardrobe and kitchen table) and groceries.

Eswatini Bank MD, Nozizwe Mulela said as a Bank they were ignited to make a positive contribution to Bhembe upon hearing of her gut-wrenching living conditions. She added that it was part of the bank’s DNA and mandate to support the underprivileged, which also aligns with the Bank’s Corporate Social Investment (CSI) Strategy.

The MD further urged the youth to take responsibility and look after their ageing parents which results in an overflow of blessings.

She concluded her remarks and said ‘’we are proud as a bank to have partnered with Scalisa Foundation and played our part towards this life-changing venture’’. The Bank applauded the efforts made by the Foundation in supporting the elderly and needy in Eswatini.

A thankful and emotional Gogo Bhembe thanked Scalisa Foundation, Eswatini Bank and various individuals who had ensured the success of the project. 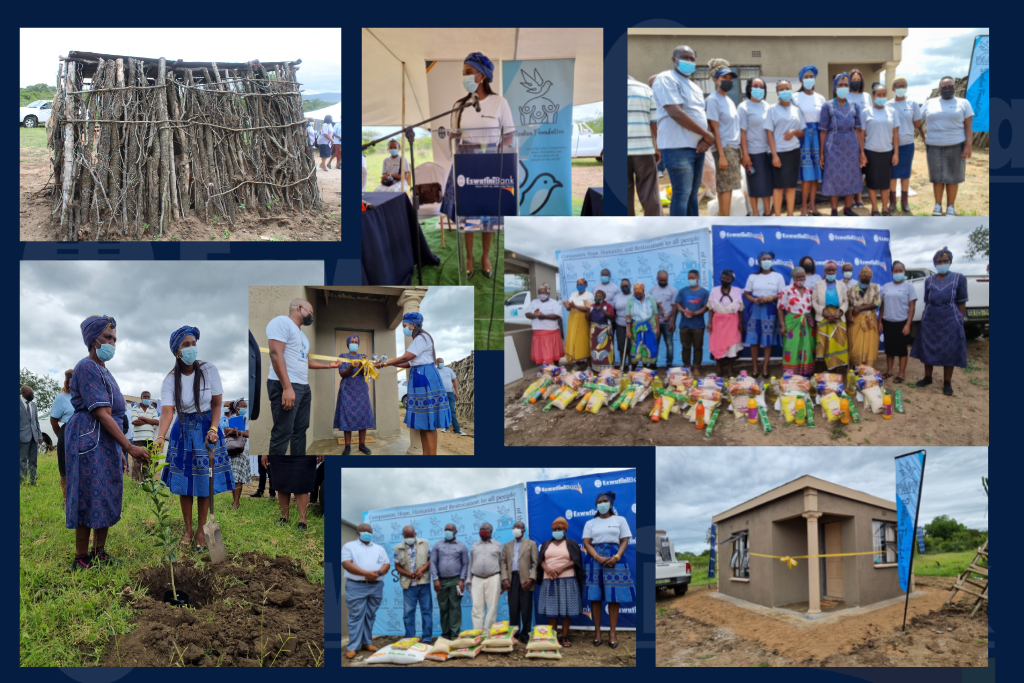 No Need to Queue. Simply pay from your home, office or on the go using the Nomakuphi app.

© 2023 Eswatini Bank is a Licenced Financial Services Provider in Eswatini.